How does manifesting work

Manifesting involves turning thoughts, goals and dreams into reality by visualizing these things and having them materialized based on the law of attraction. The law of attraction, manifesting and cosmic ordering are all very similar sciences. The theories of these three sciences holds that by thinking and visualizing about one particular object or situation, you can get that desired thing. Manifesting your desires involves knowing that each person is connected to the fabric of the universe and can communicate with the universe through powerful thoughts.

For manifesting to work, a person must initially have a clear goal of what they would like to happen in their lives. This can be a lifestyle change, an object, a change in situation or circumstance, or any number of other goals or desires. To communicate these desires to the universe and receive positive feedback, a person must concentrate on their thoughts about the desire, visualize themselves obtaining the desired outcome and believe that they will obtain the desired outcome. Many critics cite the fact that manifesting does not have much tangible evidence, as most of the evidence is purely anecdotal. However, those that believe in manifesting believe that this type of evidence is enough.

A key to successfully manifesting desires is to understand that there is vibrational harmony to the universe, and to have success with manifesting, one’s vibrations must be in tune with those of the universe. One must keep a harmony with the universe and send out matching vibes to achieve manifestation of desires. While this may seem very complicated, the basics of manifestation are fairly easy to grasp and use in practice. In its most basic form, manifesting a desire means that you are focusing your attention on one desire and putting your faith in the universe that your desire will be fulfilled. Doing this is what takes an alignment with the universe.

Manifesting is a way to feel empowered within the universe and feel like each person has a set place within the world with some control over his or her destiny. By being in tune with the universe instead of working against the universe, each person has more of a chance to have his or her desire filled. It’s important that positive thinking and a sturdy sense of belief coexist to have manifesting work. Thinking positively and genuinely believing that manifesting will work will help align thoughts and intentions with the harmony of the universe. Likewise, negative thinking and a continuous misalignment with the harmony of the universe will only yield misfortune.

Manifesting does not take any additional training or education that what you were born with. At birth, everyone is in tune with the universe. What makes some people more successful than others in manifesting in their belief in the process, and also their ability to focus their thoughts. At times, everyone is bogged down with stressors or negative thoughts that can block out the positive, tuned-in and focused thoughts. Those that have success with manifesting their destinies are able to block out these negative thoughts and instead only focused on their desires and achieving their desires and goals.

Some say that the higher your vibration is with the universe, i.e. how many positive and focused vibes you send you, the higher your chances for manifesting your desires will be. Everyone’s body vibrates at a certain bioelectric frequency, and though there are weighs to make your frequency higher, some people are just naturally more inclined to have a higher vibration than others. These vibrations are how your body communicates with the universal energy, along with the thought projections that you send out into the universe. 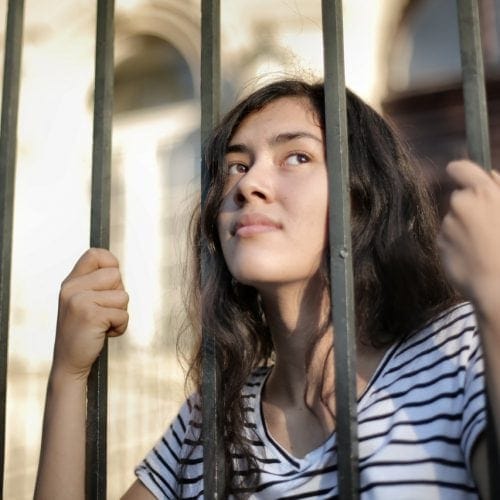 3 Simple Steps To Stop Self Sabotage

Tips you should use while manifesting your desires